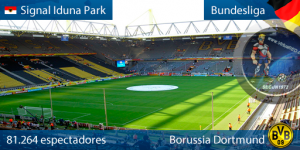 Scoreboard English Premier League
Posted by Alireza-cr7 on May 24

Facepack International vol.8 by Tunizizou
Posted by tunizizou on May 24

Pro Evolution Soccer 2014 GAME DESCRIPTION
PES 2014 centers everything on the ball including how it moves and how players use it. Trueball Tech allows the player to trap or knock on a pass using the analogue stick with detailed bar-centric physics determining the weight shift of the player and the height and speed of the pass, as to how the player's body will automatically shape to receive it. Trueball Tech adds more freedom, with full 360-degree control within several yards around the player and the ability to shield the ball from opposing players, use deft controls to wrong-foot them, and intuitive methods to master close control.
Download PES 2014 Stadiums Previews in HD. This is a mod for Pro Evolution Soccer 2014 video game.