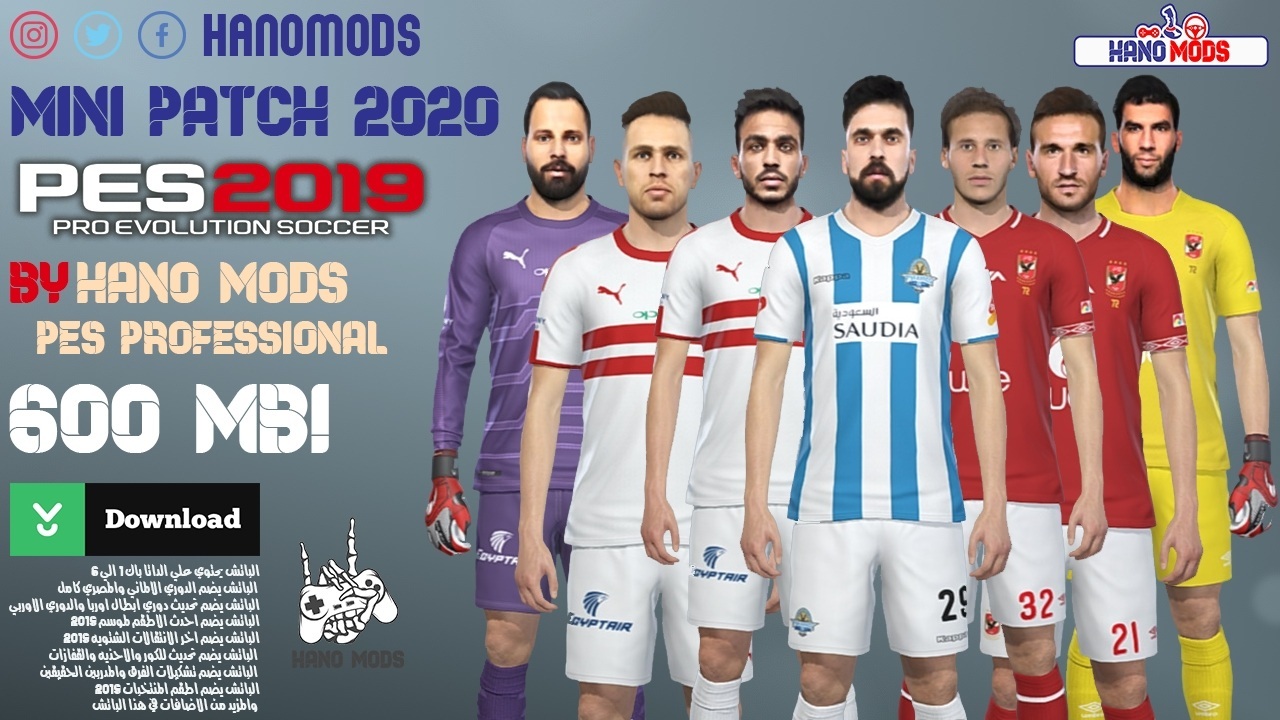 TOTAL HITS : 1567042
DOWNLOAD OPTIONS
Mirrors Available
This file is not hosted at our servers. This link will open in a new window.
If you are not able to download it please CONTACT US and report it.

However, Konami announced that it did not renew its deal with UEFA for the Champions League, Europa League, and the UEFA Super Cup which they had for 10 year.
Download PES 2019 - Egy New Season 2019-2020 Mini Patch. This is a mod for Pro Evolution Soccer 2019 video game.