FIFA 17 - How to import Mods
This video tutorial helps you to install Frosty Tools to apply mods to FIFA 17. Also it helps you to apply mods using Frosty Mod Manager. You will find many mods available already in our Download Center. Install mods is not easy as it used to be but it´s worth a try.

FIFA 17- Great Improvements related to modding possibilities
Galaxyman and Shawminator have made a major breakthrough with their tools that will allow us to mod FIFA 17 and probably FIFA 18 too. We showed you a few days ago the first textures imported to FIFA 17. Well now there are more great news. It seems that legacy files ( database, competition files ) could be imported. Click on read more to check out details and screenshots.

Yes! First textures imported to FIFA 17
Thanks to Galaxyman and Shawminator we are finally able to mod FIFA 17. Of course we are far from modding possibilities we had in previous FIFA games, but now we are able to import textures to the game. Check out the first screenshots.

FIFA 17 Modding first steps
There are good news for FIFA 17 modding community, and probably for FIFA 18 too. Thanks to GalaxyMan2005 in a future we will be able to import mods to FIFA 17.  He was working since a few months on FrostyTool, a tool developed to mod games powered by Frostbite Engine. He decided to give FIFA 17 a chance and probably in a few days / weeks we will have the first version of this tool that will support EA game. 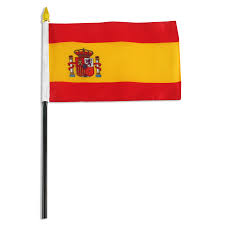 do back up your locale,Extract it and replace  in folder data

FIFA 17 includes all 20 Premier League managers' likenesses in the game. The new features in FIFA 17 include new attacking techniques, physical player overhaul, active intelligence system and set piece rewrite.The game will feature a new single-player story campaign mode titled The Journey for PS4, Xbox One and Windows where players assume the role of Alex Hunter, a young footballer trying to make his mark in the Premier League