There was a problem in the CSL cup and super cup with the adboards of other stadia taking precedence. Now all games with CSL teams keep the adboards.

Additionally, I finally managed to modify the Edit file to correct the short team names of 4 CSL teams; Guangzhou Evergrande, Tianjin Teda, Tianjin Quanjian and Beijing Guoan. The edit file is included, just replace it in your /save folder. If you wish to modify it yourself, the only program I could get working was PES ZS 2017 EDITOR by buhalo88. Load the edit file, scroll to the team you want and enter the correct name and make sure to save.

You can download the movie and unicolor file as a separate cpk file here or scroll down to the bottom to download the updated patch add-on with the edit file included. 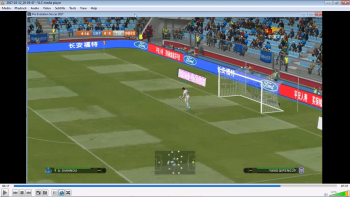 This adds to the great work done by Smoke to make the CSL even more realistic and complete:

This add-on has been made and tested for the Smoke Patch 9.5