FIFA 17 FROSTY MOD PACK 1.0 - THE BASE FOR EVERY FIFA PLAYER

You can see mod's details in the FrostyMM.


- Extract mod's *.rar archive in a folder
- Start FrostyModManager then click Import mod, go inside Mods folder
do the import for the 3 available mods or import only your favorite.
- Enable imported mods (tick or click in the mod title)
- Click Launch 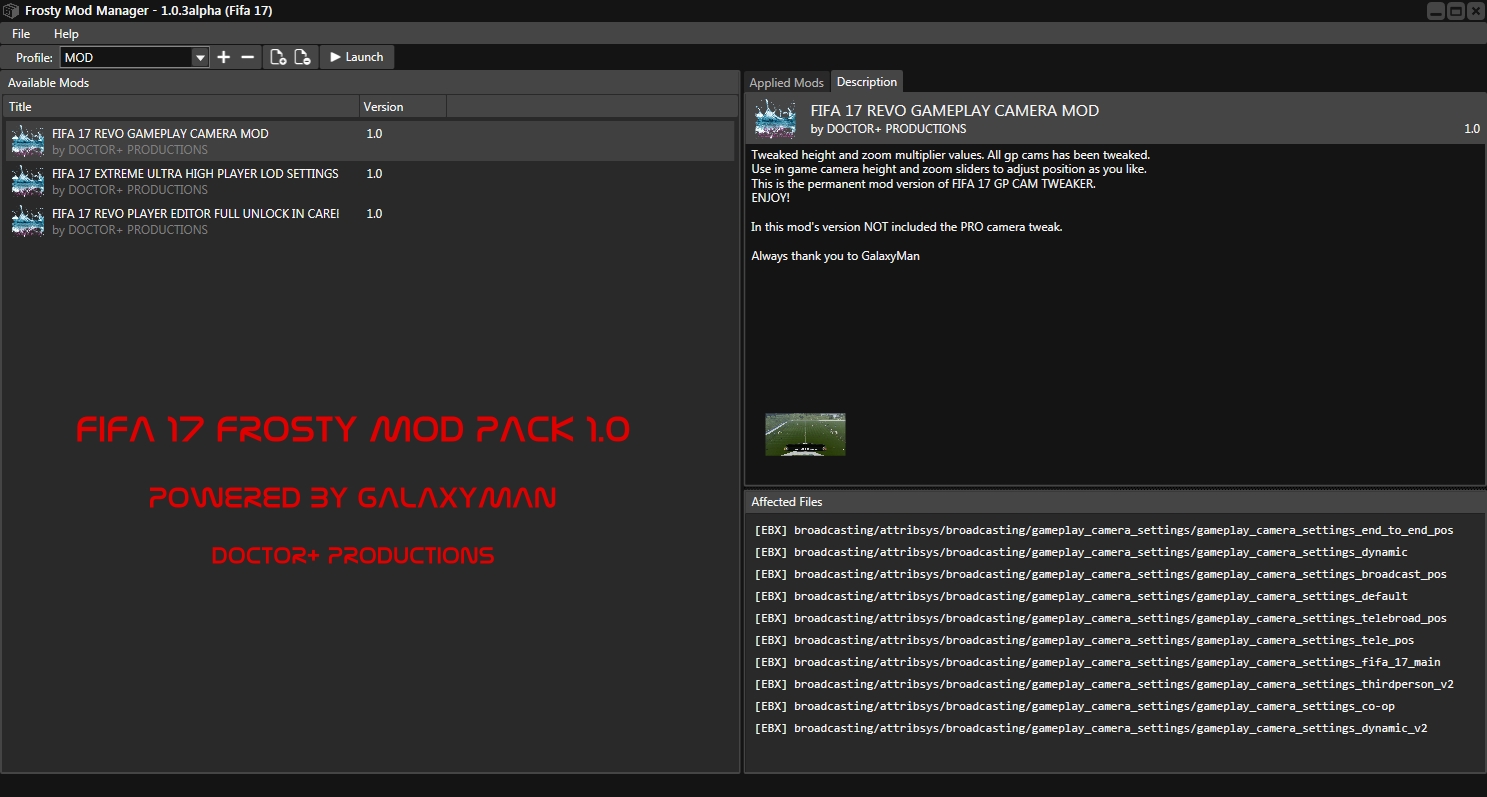 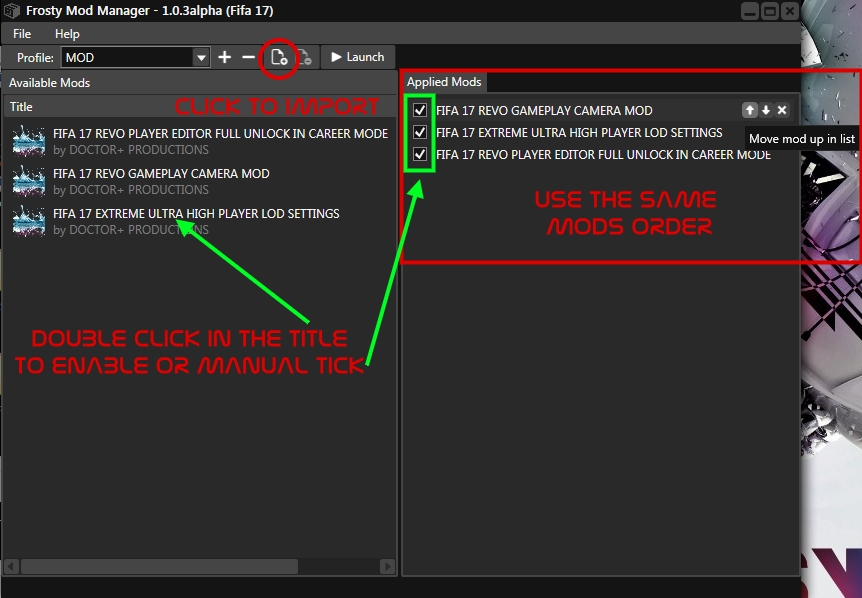 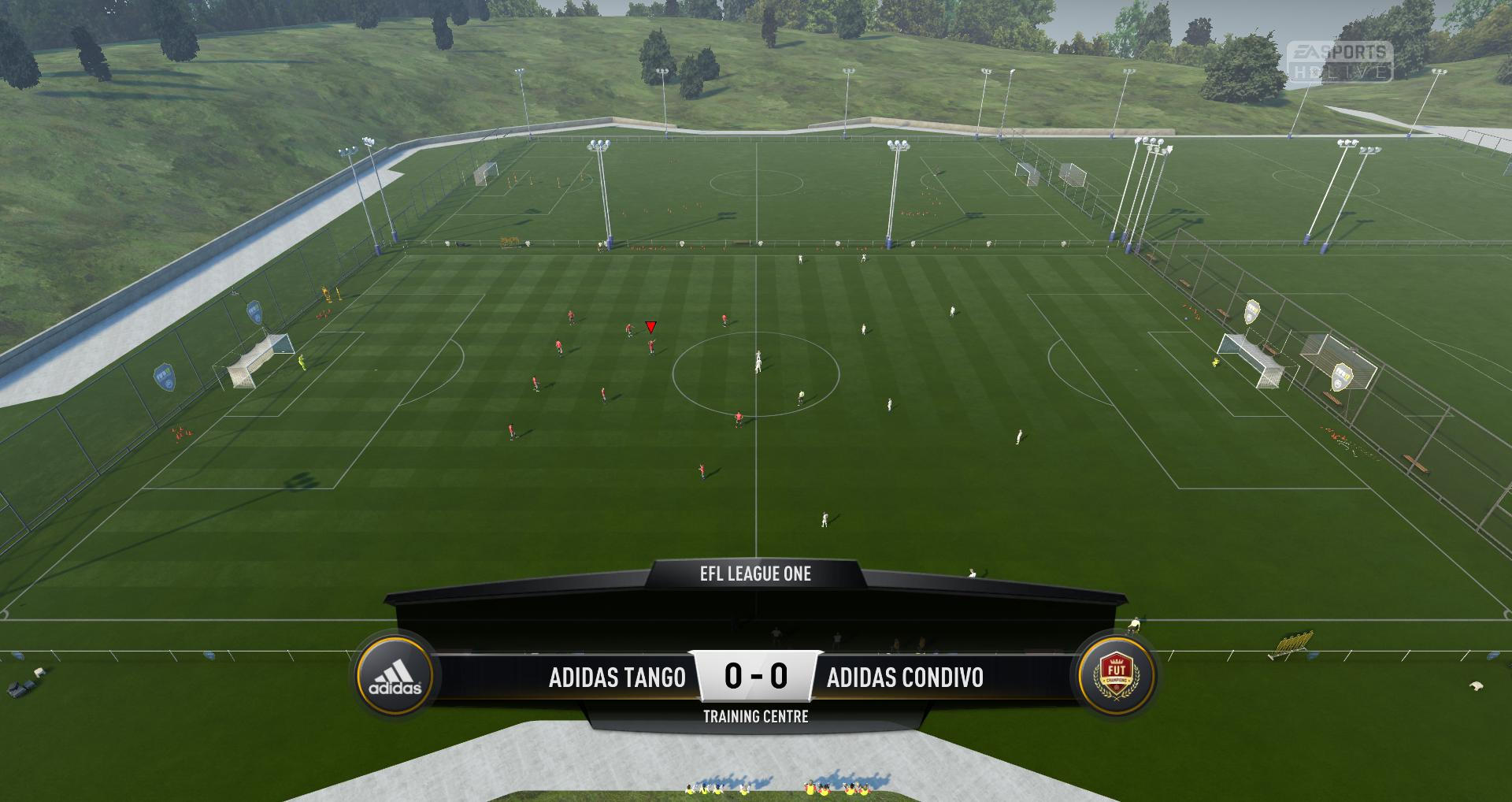 FIFA 17 GAME DESCRIPTION
FIFA 17 includes all 20 Premier League managers' likenesses in the game. The new features in FIFA 17 include new attacking techniques, physical player overhaul, active intelligence system and set piece rewrite.The game will feature a new single-player story campaign mode titled The Journey for PS4, Xbox One and Windows where players assume the role of Alex Hunter, a young footballer trying to make his mark in the Premier League
Download FI XVII FROSTY MOD PACK 1.0 - THE BASE FOR EVERY FIFA PLAYER. This is a mod for FIFA 17 video game.