There are rumors that there will be no Serie B in FIFA 21. This is based on beta testers that reported that some Serie B teams are placed on the Rest of The World league. Recently there have been some license agreements changes related to Calcio.

New faces and kits have been added to our Mods Database. Don´t miss an amazing Erling Haaland Face or FC Bayern Munich Classic Faces pack both for FIFA 20. Manchester United Kits Pack for PES 2020 and more.

Humble Store is giving away - while supplies last - F1 2018 for the next three days. Check out how to get this great game for free.

EA Sports revealed another icon of 100 that will be included in FIFA 21. A month ago, EA Sports announced that the roster of the Icons of the FIFA 21 Ultimate Team mode will consist of 100 different legends who have written important pages in the history of world football. 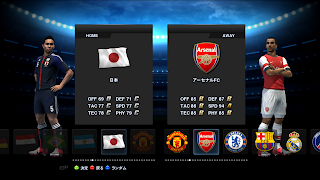 DOWNLOAD OPTIONS
Unfortunately this file is not available This missing file has been automatically reported to us and we will try to restore it as soon as possible.
Pro Evolution Soccer 2013 MODS GALLERY