This is how PES 2016 looks on PC
Candyland released this video comparing PES 2016 PC version with PS4 one. This video uses content of the release versions. PC sometimes seems to be unfinished or mixed from last gen consoles Xbox 360 or PS3 with current gen content. While players mostly look identical to PS4, the crowd and staff at the border of the playing field , turf and textures look worse on PC.

PES 2016 will have Dynamic Weather
For the first time in the PES series, dynamic weather has been introduced, with the chance of rain starting during the game. Combined with the ever more realistic ball physics, the rain changes how the game can be played with passes speeding up, and players less skilled to struggle with trapping.

PES 2016 Official Trailer
From its humble origins on PSOne, the PES series has leaped from format to format, adding ever more realism as it evolved. This heritage has been celebrated in PES 2016’s new tagline ‘Love The Past, Play The Future’, highlighting the series’ recent return to core PES values in last year’s PES 2015 and focusing on the many new gameplay and presentational elements that will further establish the series as the definitive football experience. 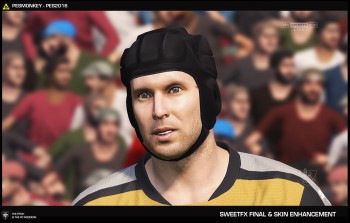 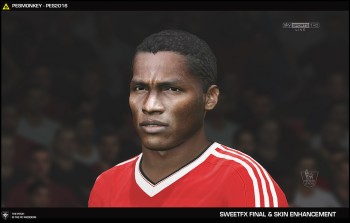 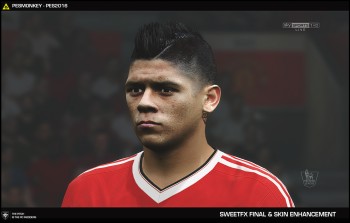 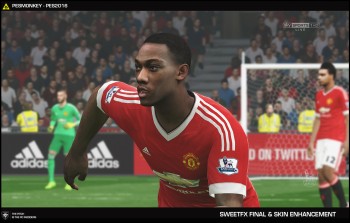 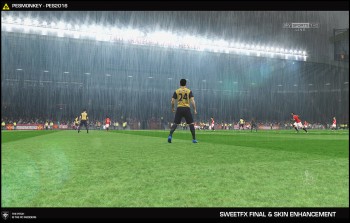 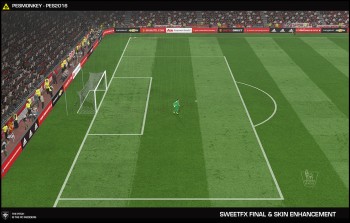 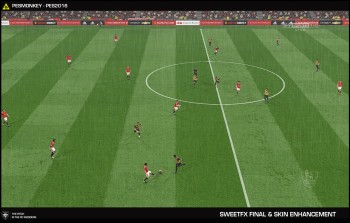 ** NOTE: the skin mod is based from the original work of K0H skin mod from pes2015 ** - I have then further enhanced the work.FEATURES

Pro Evolution Soccer 2016 (abbreviated to PES 2016 and known officially as World Soccer: Winning Eleven 2016 in Asia) is a football simulation game developed by PES Productions and published by Konami for PlayStation 4, PlayStation 3, Xbox One, Xbox 360, and Microsoft Windows. It is the fourteenth edition of the Pro Evolution Soccer series. The previous edition was PES 2015.