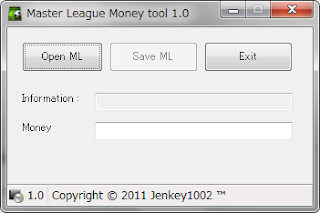 - Enter the money value as you want

- Save ML to finish

It's simple tool but hope it's helpful